Amongst the Italian Basics that a beginner student is required to learn quickly, we find the Italian words naming the days of the week.

The origin of the biggest part of the most commonly used Italian words, as you should know by now if you follow our blog about Italian language and culture or if you study Italian basics with us, is to be found in the Latin vocabulary, and the names for the days of the week make no exception!
Tracking their origin down, we can see how the names of the days were assigned by the Babylonians and inherited by the Romans. They originate from the names of the Sun and the planets because by that time astrologers thought that the celestial bodies “ruled” in turn the first hour of each day. Hence, these are the Italian words currently used to name the days of the week… with a little surprise at the end! 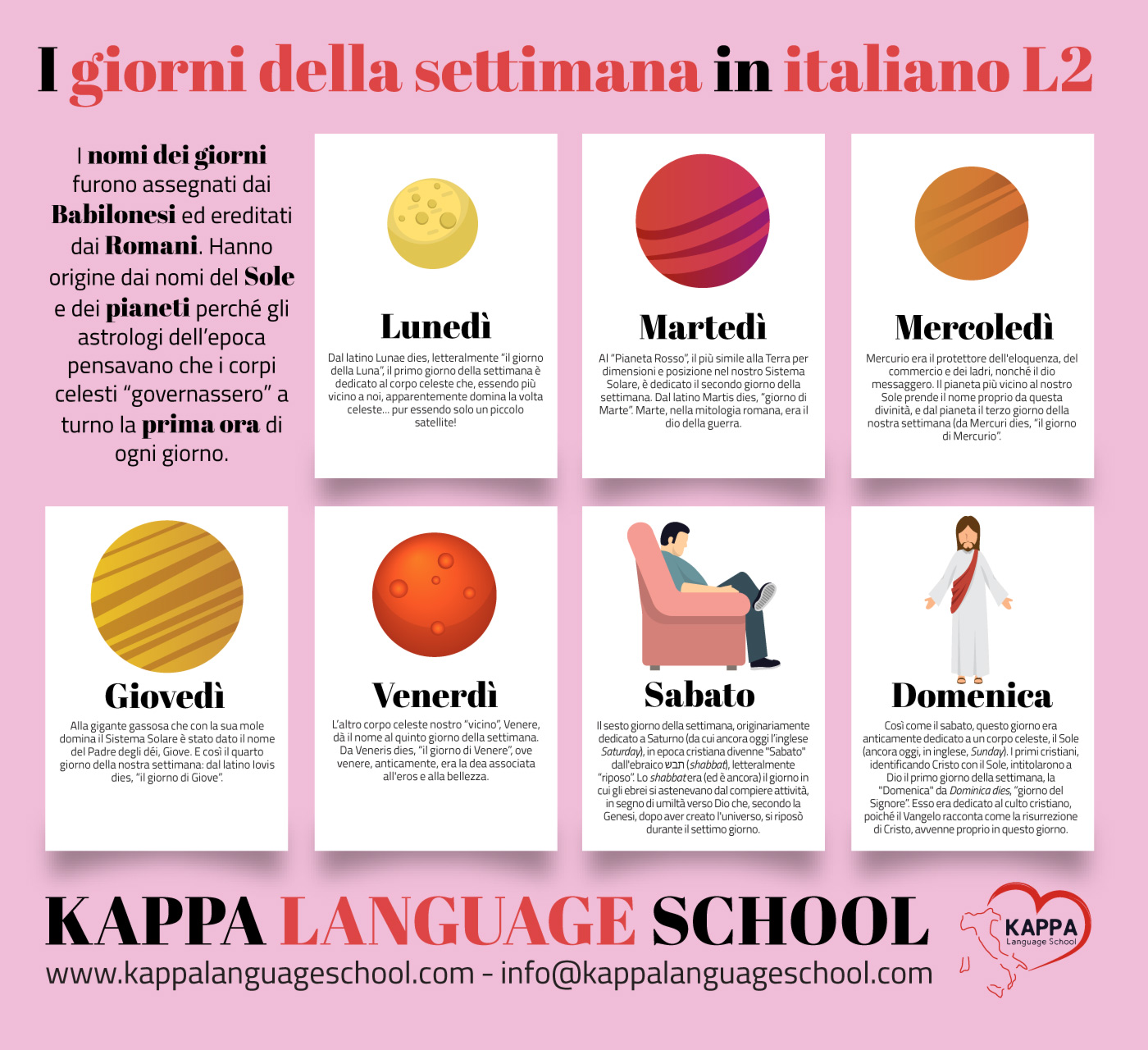 This Italian word comes from the Latin Lunae dies, literally “the day of the Moon”. The first day of the week was in fact dedicated to the celestial body which, being closer to us, apparently dominates the celestial vault … despite being only a small satellite!

The second day of the week is dedicated to the “Red Planet”, the most similar to Earth in size and position in our Solar System. From the Latin Martis dies, “day of Mars”. Mars, in Roman mythology, was believed to be the god of war.

Mercury was the protector of eloquence, commerce, and thieves, as well as the messenger god. The planet closest to our Sun takes its name from this divinity, and from the name of the planet originates the Italian word for the third day of our week (from Mercuri dies, “the day of Mercury”).

The gas giant that dominates the Solar System with its size has been given the name of the Father of the gods, Jupiter. And so the fourth day of the week in the Italian language: from the Latin Iovis dies, “the day of Jupiter”.

The other celestial body that we consider our “neighbor”, Venus, gives its name to the fifth day of the week in the Italian language. From Veneris dies, “the day of Venus”, as Venus, in ancient times, was the goddess associated with eros and beauty.

The name of the sixth day of the week, originally dedicated to Saturn (hence the modern English word “Saturday”), in Christian times took its current form. The Italian word sabato comes from the Hebrew שבת (shabbat), literally “rest”. Shabbat was (and still is) the day when the Jews refrained from performing activities, as a sign of humility towards God who, according to Genesis, after creating the universe, rested on the seventh day.

Just like sabato, this day was formerly dedicated to a celestial body, the Sun (still today, in English, “Sunday”). The first Christians, identifying Jesus Christ with the Sun, named after God the first day of the week, Domenica from Dominica (dies), “day of the Lord”. It was dedicated to Christian worship, since the Gospel tells how the resurrection of Christ took place on this very day.

Keep on learning Italian basics and Italian words with our series of infographics about Italian language and culture! 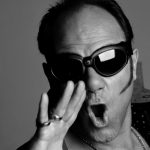 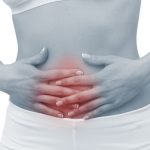