By staff
Posted 14 October 2015
In Blog
Questions Americans have for Italians, and Italians have for Americans, and anybody has for anybody2015-10-142019-03-05https://blog.kappalanguageschool.com/wp-content/uploads/2018/11/logo_kappa_blog.pngKappa Language School Bloghttps://blog.kappalanguageschool.com/wp-content/uploads/2015/10/question.jpg200px200px
0

Assuming you are genuinely into Italy and Italian language, you should have been inevitably exposed to this video about Americans asking questions to Italians, created by Buzzfeed:

The video is actually part of a series in which random people ask random questions to other random people from random foreign countries (Australians to Americans, Americans to Brits and viceversa, etc.). On a first glance, this series highlights two fundamental concepts: firstly, people seem to have a lot of spare time and a lot of not-so-smart questions to ask; secondly, average people (from any country) are likely to be utterly ignorant about other cultures (even if these cultures come from the so called “first world”).

This frist impression is unfailingly confirmed by the Americans to Italians video, in which the unfortunate viewer can admire a bunch of seemingly well educated young people full of tormenting doubts about Italy such as “If I ever go to Italy, will I actually see Super Mario walking around?” (short answer: yes, in Italy we all are Super Marios but we have only one costume so we have to take turns).

We know it’s just for fun (although this last question was not funny, even if the satisfied and sardonic face of the cute girl asking it seems to suggest otherwise) and to be fair, not all questions asked are that pointless or stereotyped. Some of them, actually, might require a very long and complex explanation: for example, clearing up why in Italy we have so many dialects would demand a long dissertation about italian history, from the fall of the Roman Empire to the XIX century. And, well, this subject might not be cut out for Buzzfeed.

That said, two good things came out from this collection of commonplaces about italian sun, seafood, pasta and grazieprego: the fact that people are showing genuine curiosity (which is never a bad thing, my mom used to say) about italian language and culture and some smart replies from italian you-tubers and comedians. Enjoy: 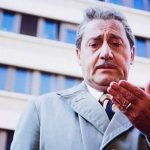 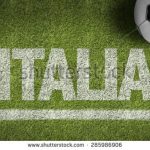 Atrocity exhibition: Italians according to stock photographyBlog
Open chat
Need help?
Powered by
Hello,
can we help you?