The universe of stock photography always fascinated me in a weird way. All those flat, perfect shots depicting people in such obvious (or often caricatured) postures give me a sense of anxiety, bringing to my memory images of a twisted alternate universe like the one shown in a famous videoclip from Soundgarden.

When it comes to depicting Italians, things get both weird and interesting. This article will show a selection results a standard user can get by typing “italian stock photography” on Google.

For your convenience, we will divide the photos in few categories, each one carrying a slice of how Italians are seen from abroad.

This is the way, step inside…

That was totally predictable, right? But believe me, around 90% of the results depicts food or something related to it. It’s too much even for a country in which people actually make up festivities just because they need an excuse for binge eating.

Again, predictable. But still, you should know that Italians will hardly sit down to consume their coffee. Espresso is a drug and it has to be consumed quickly and smoothly, it is not an occasion to have a chat with your loved one!

We are obsessed with football, we admit that. But football fans in Italy are not ugly or stupid as they are depicted in stock images, at least not that much. Let’s just say that we have a better style… sometimes.

Here things start to get really weird. It looks like the general idea of italian beauty is nothing more than a participant to a Jersey Shorecasting. This is wrong at so many levels I will just let images speak for themselves.

Apparently in Italy when people take a break from eating, fight a lot and move their hands histerically. This is probably due to the fact that gesticulating makes you burn a lot of calories.

This is what happens when you’re living la dolce vita and thinking that that’s amore. The stereotype of Italian Romance has made more victims than smallpox.

Now, the charachter of the Tamarro (a boor, a yobster) is an archetype of what’s wrong with some Italians, but it seems that people from abroad perceive a distorted and even scarier version of it. Just look at the following pictures and you will understand what I mean.

This is definitely the saddest category of all. You might think of celebrities such as Domenico Modugno or Alessandro Del Piero but no, the only VIP that stock photographers seem to know and appreciate is… Lapo Elkann. Yes, exactly, this guy. 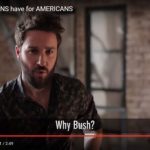 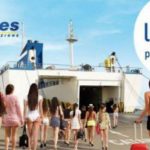 Very Innocent Italian Words You Need To Use CarefullyBlog
× WhatsApp us!