Neapolitans are such stuff as dreams are made on, part 2

[Continues from the first part]

As we already said, under law, Tombola has to be considered a gaming. Nevertheless, it is universally acknowledged that it may not be the most exciting game in the world, except if you are planning to play it at home with your italian family during Christmas time…in this case it may be even worst. Is the coup of grace imposed by Christmas tradition after the blow-out meal and from which we can not escape. Tombola is technically a gamble because every participants shall be obliged to pay a significant sum of money which is then redistributed as prizes to the winners. The staggering figures ranging from 5 cents to figures much higher, infact some daredevils pay even 1 euro. Tombola is usually played in a family context. We are talking about biblical reunion with realtives until the seventh line of relatedness, most of whom you didn’t know they were relatives. Let us get into the rules of procedure.

One player is chosen for the role of croupier and has at his disposal a backboard on which there are all the numbers from 1 to 90 and a dice-box with pieces numbered similary. His hard task is to extract the pieces at random and announce to the other players the number rolled, sometimes with the quote of the Neapolitan Smorfia. For the difficult task you need the following features and abilities:

Players generally purchase one or more folders; every time a number is drawn, if it is present on one or more folders, the player has to cover the appropriate box. In the homemade Tombola folders are simple cardstocks printed or written by the player himself and numbers are covered with beans, lentils, pasta, shredded paper, chickpeas or little pieces of tangerine peel. Croupier has to extract numbers and announce them. Here’s a typicall scene:

Croupier has to deal with players like… –Croupier: the first number is…48 “morto che parla” –Player X: AMBO! …or with impossible rhymes such as: – 78 (spelled: settantotto) Asino cotto – 50 (spelled: cinquanta) La gallina canta

The ultimate objective must be cover all the numbers on the folders before the other players, which usually requires a time ranging from 2 hours until + ∞. 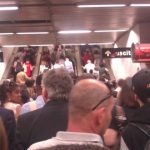 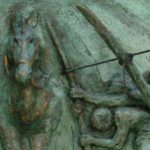 When in Rome… speak as an (ancient) roman would doBlog
Open chat
Need help?
Powered by
Hello,
can we help you?