By staff
Posted 27 July 2015
In Blog
A laughter will bury you all – on how romans are coping with their disfunctional city2015-07-272019-03-05https://blog.kappalanguageschool.com/wp-content/uploads/2018/11/logo_kappa_blog.pngKappa Language School Bloghttps://blog.kappalanguageschool.com/wp-content/uploads/2015/07/metro.jpg200px200px
0

There has been a lot of fuss these days about an article that appeared in the New York Times, which revealed a disturbing truth about public transportation in Rome.

For Roman readers, the article may have sounded something like: “Good morning American friends! Here is a revolutionary fact about the discovery of hot water!”; the second reaction was surely a combination of shame, sadness and embarrassment.

It is true that the quality of life in Rome has consistently decreased over the past few years on levels that, for roman citizens, have become totally unbearable. Moreover, due to the intense heat and to the humongous flow of tourists in the last few months, inefficiency in public services has also increased, reaching new heights of squalor and generating a wave of public discontent that has basically swept away part of the City Council.

Now, you might ask yourselves why a blog like ours, whose intent is to promote Italian Culture and Language, is discussing a subject that might scare away its own target? Let me tell you, it’s not just for honesty. There is indeed a good side in this wave of popular rage, at least from the linguistic point of view. Romans have always been skilled in making fun of themselves as well as other (especially powerful people, such as the immortal Giuseppe Gioacchino Belli or Pasquino used to do), and this time is no different.

Here’s a collection of roman jokes (with translation) about disservices and inefficiency that are plaguing public transportation in Rome.

– DISCLAIMER: these jokes will contain prolific language. If you feel offended by foul language, read no further! 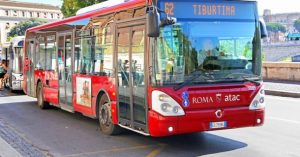 Un passeggero: “Aò ma quanno parte ‘sto cesso?” e l’autista “quanno se riempie de stronzi…”
A passenger: “Oi! When will this shitty bus depart?” The driver replies: “when it has been filled with shitty people…”
Actually, the passenger doesn’t use the expression di merda (shitty): he instead defines the bus cesso, which is a popular word for toilet often used to connote an object which looks shabby or dirty. The reply of the bus driver is along the same lines.

Un passeggero: “Aò, ma quanno parti?” e l’autista “quanno me danno ‘e ferie…”
A passenger: “Oi! When do you plan on leaving [departing from the station]?” “The bus driver replies “When they give me vacation days…”
This joke, underlining the infamous laziness of Romans, is also very suitable for the present times, when a zeal strike of the metro drivers is basically putting the whole city on its knees. One note: the expression aò, far from meaning anything, can be translated with the english interjection “oi!”.

On a crowded bus

“Aò, ce manca solo l’ojo!”
“All that is missing is the oil!” [for we’re packed in this bus like sardines]

Un passeggero: “A Capooo! Che m’apri de dietro?” e l’autista “come no! E si vieni qui te apro puro davanti!”
A passenger to the bus driver: “Chief! Can you open the rear doors [literally: can you open me from behind?”, sic!] The driver replies: “of course! And if you come here I will open you also from the front!”
Yes, roman bus drivers (such as passengers) can sometimes be rude.

“Guarda che più verde de così nun diventa!”
[To a car driver who’s failing to start at the green light] “The light isn’t going to get any greener!”
Drivers in Rome may get very impatient. This is due to the proverbial traffic of the Eternal City, that also inspired artists such as Federico Fellini…

“A moro! C’avemo tre colori, e’ uscito er verde, che volemo fà?”
“Hey, you! If the light can only be one of three colors, and this one is green, what are we to do?!”
The expression moro (literally , “dark haired guy”) such as capo (literally chief) are often used as interjection disregarding the real appearance or status of the interlocutor.

“’Sta strada c’ha così tante buche che se ariva l’ISIS pensa che hanno già bombardato!”
“This road has so many holes that it seems that the ISIS has already bombed us!”
This joke seem kind of nasty, but it is actually a reference to another set of jokes created when ISIS proclaimed it was going to invade Rome. Read this article if you are interested.

“’Sta strada c’ha più crateri daa Luna!”
“This road has more craters than the moon’s surface!”
Roads maintenance in Rome has always been a thorny issue. Letting alone the nightmarish sanpietrini, all major roads of the city suffer from the same, unexplainable lack of consistency, so that every two or three months they basically dissolve under the cars’ tires becoming a wasteland of craters and potholes.

“A Roma appena fanno du’ gocce pare da sta’ a Venezia…”
“As soon as a light rain starts, Rome turns into Venice!”
The expression fare du’ gocce (literally “pour two drops”) is a vernacular idiom for “light raining”. The joke refers to the fact that Rome goes completely nuts when it starts to rain: everyone takes the car, roads get flooded, public transportation tilts. Letting alone when it snows…

“A Roma i Taxi so’ più cari de ‘na cena da Bastianelli!”
“In Rome cabs are more expensive than a dinner at Bastianelli!”
Bastianelli is a famous seafood restaurant in Fiumicino, whose bills are… well, not for everyone, such as cabs.

“Sur raccordo c’è così tanto traffico che c’è gente che c’ha preso ‘a residenza”
“The traffic on this highway is so slow, people have begun changing their addresses and taking up residence on it!”
The Grande Raccordo Anulare (aka GRA) actually is not a normal highway: is a mythological figure that tightens the whole city in a deadly embrace. Built in 1951, this highway has become a common reference in roman jokes as well as movies and songs.

“Sembra che a Roma ce frega de anna’ solo all’Auditorium e ar Bioparco!”
“It seems like in Rome we’re only interested in reaching the Auditorium and the Zoo!”
This one needs an explanation: road signs in Rome are a matter of perennial debates: do we really need to see them? Isn’t it better to let plants and trees grow upon them? Or wouldn’t it be just nicer to turn them in street art pieces? The only exception to this are road signs to the Auditorium Parco della Musica, drew by Renzo Piano near the Stadium, and to the city Zoo. Don’t ask why, since we don’t know.

The infamous (and slow to function) METRO C

“Pe’ fini’ la metro C tocca chiama’ Indiana Jones!”
“In order to finish the C line, we will have to call Indiana Jones!”
This joke alludes to the fact that the works for the C Lines have been stopped many times during the years because of several archaeological sites discovered along its path. Right now, the Metro C is only partially functioning, with just a fraction of the stations active and opened to public.

“Da quando so’ iniziati i lavori pe’ la metro C so’ già cambiati tre papi!”
“Since the beginning of the construction site of the Metro C, we have gone through three popes!”
See above. The three popes are, as you might imagine, John Paul II, Benedict XVI and the current one, Francis I.

“A Roma ce so’ più cantieri daa Metro C che kebbabbari!”
“In Rome we have more construction sites for the C line lines than kebab vendors!” During the past 10 years, kebab became a common street food in Italy too. This brought a huge number of syrian and turkish shops in the city center: something pretty unusual for Romans, but not as unusual as the duration of the works for the C line! 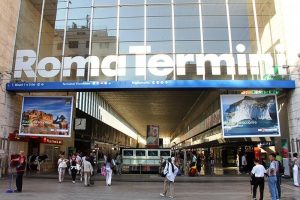 At the Termini Station

“Ao, ma chi l’ha progettata ‘sta stazione? Saw L’Enigmista?”
“Who the hell drew this station? Jigsaw?”
Termini station looks, even to a roman, like a Daedalus of false exits, closed binaries and escalators. It is so disorienting that someone might think the famous enigmist Jigsaw have drawn it as a sadistic torture for all roman citizens…

“Ao, questa n’è ‘na stazione, è ‘n parco acquatico!”
“Hey, this is not a station: it’s an aqua park!”
Again, floodings. Don’t ask why, but basically every metro station in Rome gets flooded when heavy rain comes. Too bad it doesn’t happen in august, when one would actually need a refreshing bath…

Well, that’s it. There are many more jokes, some even dirtier than the ones you have just read, but this was just to give you an hint of how roman citizens are coping with this ongoing disaster. Be sure to check out these satirical articles below to further illustrate the joke that transportation in Rome has become!

Rome: jumps on the Metro B tracks on Friday, gets hit on Sunday

Rome: he is waiting for the Metro B, Godot arrives instead 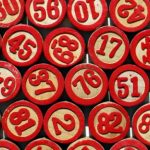 Neapolitans are such stuff as dreams are made on, part 2Blog
× WhatsApp us!