Italy lands on a comet!

After 10 years spent in the deep darkness of interplanetary space through the Solar System, yesterday the Rosetta spacecraft successfully landed on comet 67p/Churyumov-Gerasimenko.

Rosetta is the first mission designed to both orbit around a comet and deposit a lander on its surface. Thanks to the small lander named Phylae, it will be possible to catalogue the elements and the molecules contained in the comet’s dust, and by analyzing these samples to go back to life’s origin. This is an exquisitely European pride, since European Space Agency (ESA) managed the mission, but Italy played its role with Project Manager Bruno Gardini and Enrico Flamini, who leads scientific programs of Italian Space Agency.

“Ambition” is a short movie that celebrates this prestigious event. Directed by Tomek Baginsky and starring Game of Thrones’ actor Aidan Gillen, this stunning sci-fi work was screened on October 24th during the British Film Institute Celebration of Sci-Fi.

Below is the first picture taken before landing: 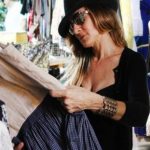 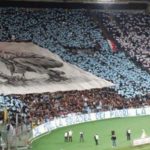 “Forza Lazio” from Mexico!Blog
× WhatsApp us!