#SingIt: 10 international and Italian songs about Rome (and Romans)

If you’re searching for the right soundtrack for your holiday in Rome or just looking for some themed-song to learn Italian language and culture faster but you’ve definitely had enough with wonder hits like Arrivederci Roma or with Louis Prima babbling some broken Italian words over the swing of a big band, we have something for you! Here’s a list of International and Italian songs that, each one in its own peculiar way, catch the spirit of the Eternal City and will be able to guide you through its discovery.

To get you into the mood, let’s start with international songs. Many artists and bands have indeed composed songs about Rome or taken Rome as a symbol, sometimes of decadence, other times of magnificence; at times of corruption and, certainly, of beauty.

Jerry Garcia – When I paint my masterpiece

The lysergic king Jerry Garcia, leader of the Grateful Dead and prominent character of the late 60s-ealy 70s counter-culture, has been using to cover this wonderful Bob Dylan composition from at least 1972. The song’s topic is not specifically focused on Rome rather than on an artist’s quest for inspiration, but even if sometimes the description of the city fails to escape usual stereotypes, the first three lines are one of the most powerful and accurate depiction of Rome’s decadence:

Oh, the streets of Rome are filled with rubble
Ancient footprints are everywhere
You can almost think that you’re seein’ double
On a cold, dark night on the Spanish Stairs

This one is definitely a classic, but it differs from other famous hits of the 50s focused on Rome for its delicate, jazzy musical approach and for its songwriting which brings to life nostalgic pictures of golden skies and gentle Mediterranean breezes in opposition to the cold and grey gait of winter in a northern city.

Tom Waits – In the Colosseum

No one better than Tom Waits could have represented the horrible and beautiful display of humanity that used to liven up a night at the Colosseum. Of course, in this case the Anfiteatro Flavio is a mere symbol that Waits uses to revive a theme which he holds very dear: the pointless, chaotic entropy which we call life.

Rather than considering the Roman Empire for its magnificence or its cultural influence, post-punk british band This Heat turns it into a dark omen of a dystopian, totalitarian society (for the ones who don’t know it, the acronym S.P.Q.R. stands for Senatus Populusque Romanus). Band leader Charles Hayward describes the lyrics as “a cultural view of history and logic and expedience and how we are inside that, too.”

With their unique mixture of Easy Listening and Electronic, the french band Phoenix were able to give birth to this dance-able hit while still catching one of the party-unfriendly features of Rome: its decadence, opposed to its status of Eternal City.

Letting alone folk ballads and traditional songs, Italian songs genuinely focused Rome are less than you might think. At least this can be said for the very few Italian songs that are worthy to be remembered and manage to distance themselves from the usual depiction of the city – although Italian stereotypes about Rome differ significantly from foreign ones. Here’s a selection of five Italian songs about Rome that you can also use to learn Italian.

Let’s start our journey with a song that we have already played in the last episode of Aperitalia, our webradio dedicated to Italian language students, for the roman Hip-Hop band Colle Der Formento. The sky above Rome quoted in the title is a big starry entity that observes the dramatic multitude of lives and experiences that makes Rome a modern Babylon. The song lyrics are focused on the life in the suburbs and in the most popular neighborhoods of the city, mixing a genuine street attitude with an emphatic and somehow nostalgic songwriting.

Again, a band which emphasizes the status of “Eternal City”, where eternity stands also for eternal decadence: post rock sextet Virginiana Miller builds up a delicate but yet merciless depiction of this crucible of vices and virtues which is Rome.

We promised we would have left out traditional and folk songs, but we have to make an exception for the queen of Italian modern folk, Gabriella Ferri. Many of her songs could have been included in this list as she has undoubtedly brought forward the true spirit of Rome. May this beautiful Chitarra romana serve as an example of her outstanding talent.

If you don’t know what Porta Portese is, you might want to revisit your schedule for your next Roman holiday to visit this characteristic open air market, which is one of the few traditional flea markets that resisted the assault of big shopping mall and standardised shopping. Roman songwriter Claudio Baglioni has dedicated a lovely ballad to this tradition which every Sunday brings back in time a whole area of the city.

Speaking of tradition, we couldn’t leave out the one place which all Romans have in common: the Grande Raccordo Anulare (GRA), the huge circular highway that embraces the whole city and is doomed by an eternal flow of traffic. Comedian Corrado Guzzanti, imitating the famous songwriter Antonello Venditti, offers a picturesque and funny depiction of this sort of urban limbo. Enjoy! 🙂 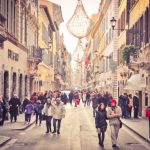 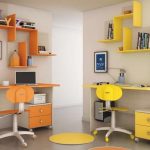