Not just Venezia: where to celebrate “Carnevale” in Italy

The history of Carnevale in Italy is long and interesting, and in fact it has its roots in the ancient times, when, during, feasts like the Saturnalia in the Roman age or the Dionysia for the ancient Greeks, common people had the occasion, for just one day, to switch their social roles with the dominant class.

As for the term Carnevale, it directly descends from the late latin CARNE LEVAMEN, indicating the last night during which meat could be consumed before Lent. As you can see, the whole concept of Carnevale is deeply rooted in the Italian territory and Italian Language and Culture. Hence, the presence of a flourishing and multi-colored tradition all along the Belpaese (and its main island). Not only music and parades but also delicious traditional food! All this in the stunning scenario of one of the gems of the Sicilian Barocco.

Huge floats (up to 20 meters!), spectacular parades and the tradition of the gettito (basically a public giveaway of gifts and gadgets thrown from the carnival floats) are the main features of this carnival, which is also twinned with the Rio de Janeiro celebration. Traditional mask: Tasi, which is burned on the last day of celebrations.

Held in a francophone territory, the “carnival of the cold valley” commemorates the passage of Napoleonic soldiers, represented in traditional dressings and wooden masks. The most ancient carnival in Italy (and one of the most ancient in Europe), the first edition of this feast dates back to 1347. Just as in Cento, the getto is the main event here, together with a very unusual concert of Musica Arabita, played (just like Einsturzende Neubauten would have done!) with cutlery and tin cans. This carnival is actually the commemoration of a very particular rebellion against the tyranny of the ius primae noctis, which is allegorically set about with oranges thrown by the crowd.

The wonderful scenario of the Dolomiti is the set of this princely celebration which derives directly from the Asburgic Carnival (still celebrated in Austria). One of the most characteristic carnivals of the country. This celebration focuses on the folkloristic characters of Mamuthones and Issohadores, in an allegoric representation of the life of shepherds. Dressing up Mamuthones is an event by itself, since they have to carry on their backs up to 30kg of cowbells! Celebrated right after all the other carnivals have ended, this feast actually starts on the Mardi Gras and goes on for a whole week, commemorating S. Ambrogio and his pilgrimage. From far north to far south, this carnival, besides being of the Europe’s first, is also a fierce contest between renown masters of papier-mache. Starting on January, 17th (feast of S. Antonio Abate), every Thursday is focused on a satirical representation of one particular social class, sparing literally no-one, not even the cornuti (husbands who have been cheated). And here we are: this is probably the most famous carnival in Italy! A succession of parades and events in the majestic scenario of a city lost in time. No further comment needed! Arguably second only to Venezia in terms of fame, this carnival hosts huge allegoric floats of papier-mache. The position of Viareggio, easily reachable and very close to landmarks such as Firenze and Pisa, brings thousands of tourists every year to the parades.

And what about Carnevale in Rome?

The Eternal City doesn’t host a historical carnival, but you can find several events scattered all over the city, especially during the night of Mardi Gras and Jeudi Gras. Check out this year’s event here and don’t miss our Carnival party tonight! 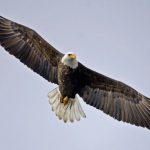 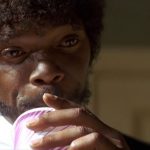