Brace yourselves, winter is coming! Or, we should say, it’s already here. Temperatures dropped so dramatically during last week that Romans are experiencing somenthing very unusual: a real italian winter!

Although the idea of the Colosseum covered in snow might be fascinating for many, people in Rome consider the possibility of a snowfall as a real disaster: at the first sight of a snowflake public transportation freaks out (you don’t say?), people just get confused not knowing what to wear and all the streets become an indistinct cluster of dirty snow, ice and mud. Anyway you should fear not, Latium is stuffed with wonderful places to visit… especially in the italian winter time.

Special thanks to our student Andrea Schorn for her help editing this article! 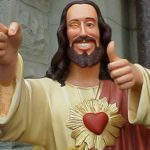 Something “extraordinary” is happening in Rome!Blog 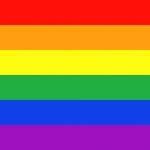 Not just “Family Day”: a guide to the Gay friendly RomeBlog
Open chat
Need help?
Powered by
Hello,
can we help you?