“Any given Christmas” in Italy, part 2

A few days ago we posted an article about an hilarious viral video-parody of Christmas in Italy seen by the most famous italian movie directors. The clip turned out to be part of a viral campaign about a new Christmas comedy called, surprise surprise! “Ogni maledetto Natale“.

The movie is out in cinemas in these days: it’s a story about a young couple, Massimo and Giulia. They fall in love at first sight, and, after few days, she invites him at her home for the Christmas dinner. Massimo is not happy to attend to what he sarcastically defines “the scariest moment of the year”. But Giulia persuades him and Massimo ends up to spend that “sad” eve with the whole Colardo family, a household of rednecks who look just like cavemen in terms of elegance and gracefullness.The second part of the movie is set at Massimo’s house, where his wealthy family – the Marinelli Lopes clan – is preparing to have Christmas Lunch.

It’s worthy, at this point, to spend two words about this event. I mean, Christmas Lunch in Italy. It’s not a normal lunch, and it’s not a normal Christmas lunch (I was not using the capital letter for “lunch” by chance). Every Italian region has got its tradition about this meal: from Val d’Aosta, where faraona arrosto is the king dish, to Napoli, with spaghetti alle vongole, mixed fried fish and capitone, and to Palermo, with tipical sfincione and its thousand desserts; but the characteristic that connects them all is that none of the tablemates is able to leave the table before 7 pm.

But let’s come back to our movie. Surprise! Massimo’s relatives are performed by same actors who played Julia’s ones, obviously in diametrically opposite roles, but creating the same atmosphere of collective madness.

The movie, written and directed by the trio Ciarrapico, Torre, Vendruscolo, authors of successful sit-comedies based on the world of film productions, Boris, and features stars of Italian comedy such as Valerio Mastandrea and Caterina Guzzanti. An irreverent Christmas comedy mixing clever pathos and satire, with a certain charge of social criticism and some incisive characterization, such as the role of the Filipino butler, played by Corrado Guzzanti, who reminds mister Yunioshi in “Breakfast at Tiffanys”.

That said, don’t lose your opportunity to make a good laugh on Christmas and learn some Italian traditional expressions while watching this movie! 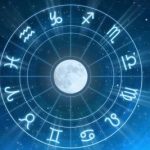 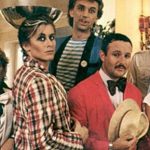