6 tips for discovering Rome without acting like a tourist

You might be in Rome for tourism but, as a general rule, being seen by locals as a tourist is something best avoided.

Now, let’s take a minute to define the word “tourist”: according to the Merriam-Webster, a tourist is “one that makes a tour for pleasure or culture”. Although a slight interest for local culture should be implicit in touring, the sheer meaning of the word “tourist” implies a confining sense of transience. And for a person who’s really interested in getting to know Italian Language and Culture, this is something to avoid or, at least, to limit.

Our aim is to help you find your way while discovering the best of Italian Culture, at the same time experiencing Italy as a local: that is why we’ve prepared a short vademecum of things you DON’T want to do when touring, living or studying in Italy, unless you want to be considered one of the many tourists that every day pass through the Bel Paese.

Let’s get down to basics: Rome (as well as Italy) is a treasure chest so full of hidden gems not even locals are able to discover them all in a lifetime. Of course, the Colosseum, S. Pietro and the Trevi Fountain (which btw is not a bathtub) are sights which are too important to miss, but why not spice up your stay in Rome a little by venturing to the almost forgotten but unimaginably important small churches, or Rome’s fascinating borgate with their outstanding variety of street art masterpieces? There’s a tour for everyone, if you search hard enough.

On the road & in the streets of Rome

The streets of Rome, brilliantly sang by artists such as Bob Dylan, are certainly a place of breathtaking beauty: you can find a glimpse of the glorious past of the city on every street corner, and yet the whole city is immersed in a mellow, decadent atmosphere. But once on the road, you have to learn how to watch your step, as traffic can be really wild and it’s not unusual to spot packs of tourists lined up on the sidewalk, waiting for the right moment to cross the street.

Now, I’ll try to put this simply: crossing the streets in Rome requires some skills. We call it “the pigeon technique” (la tattica del piccione): if you have to cross, just do it, provided there’s a reasonable distance between the upcoming cars and your body. Drivers will eventually stop, especially if you are bold enough to fearlessly look into their eyes as you would do with an attacking animal. And there you go: you will be on the other side without even noticing, and actually feel more self-confident than ever. It’s the law of the jungle, folks!

The same cannot be said for bikers (and bike tours): you really have to be reckless to ride a bike in the city center without the supervision of a local. Rome is simply not equipped for cycling, except for certain areas. If you really want to experience Rome on two wheels, make friends with a local and let himor her help you.

Yes, I know you came to Italy mainly for the food. Who doesn’t? Even Italians travel all along the country to taste local delicacies. But remember: food in Italy is a serious matter, and Italians tend to get really bitchy about their meals (and the way you might want to experience them). Obvious advice and common sense aside (avoid tourist traps, eat local and with locals), if you really want to prevent astonished looks from the locals you should follow these simple rules:

– Cappuccino CAN NOT be the happy ending of your meal. It is something we consume strictly before 12pm, specifically for breakfast. Ordering a cappuccino at a restaurant is like buying a computer from a furniture store. The restaurateur might give you what you want, but you will break hisher heart. Do you really want that?

– Pizza in Rome is thin and provides just a limited variety of toppings. Beware of odd variants unless you are in a pizzeria which is famous among locals for its creativity.

– Never pay more than 8€ for your pizza margherita. In Italy good food can be extremely cheap: you can get a decent Italian wine for 10€ and fill yourself up with 15€ in a pizzeria (supplì included). Although you shouldn’t drink wine with pizza: for that we have Peroni.

– Remember that spaghetti bolognese IS NOT A THING IN ITALY. They can literally kick you out of the restaurant, if the owner is in a bad mood.

This is a bit of a sore subject. Italians are widely known for their loose approach to PDOA, their open display of emotions and their genuineness and yet, if you really want to blend in, you should remember that Rome is not Miami nor LA, and that Romans tend to consider people going around the city in Bermudas and flip-flops as quirky but a little disturbing. Plus, as Louis CK used to say, every big city is basically a huge pile of dirt, and Rome is no exception: knowing this, do you still want to go around wearing flip-flops?

Everyone has his or her own style, but looking around you to see what locals do is always a good strategy and a matter of common sense when in a foreign country. This applies especially to Rome, the privileged destination of millions of tourists every year.

Binge drinking, in Italy, can be a thing when it comes to depressed medium-sized suburban towns, but drinking only to get pissed is really something Italians don’t do – although the average age for the first sip of alcohol in Italy is approximately 6. So forget about your night out at a club downing one shot after another: if you do this in Rome, you’ve been caught in a tourist trap. For further information, take a look at this very instructive video. Knowledge is power.

And here we are, in our area of expertise. As Italian language teachers, we wouldn’t dare to criticise the happy ones who try to learn and speak Italian: every effort is indeed appreciated, even if it is just an impromptu. Italian people, on the other hand, tend to be annoyed by very few and specific things, such as the mispronounciation of grazie (which is often spelled “grazy” by anglo-american speakers) or the ridicolous outcomes of expressions such as buongiorno (see picture for lulz). That said, if you really want to fit in, learning some basic expressions (and practice your pronunciation) in Italian language is definitely a good move, although in Italy you will always find someone who will be able to help you using alternative forms of communication, such as Italian hand gestures. 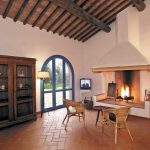 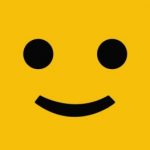