Any native who has had to explain the Italian pronunciation to a foreigner who wanted to learn to speak Italian, has undoubtedly found himself using the old saying: “In Italian everything is pronounced as it is written”. However, as every student of our Italian language courses in Rome knows, this cliché only represents half of the truth, since even if the relation between the pronunciation and the spelling of the Italian language is quite regular (especially if compared to English), it is also true that some features can give hard times to foreign speakers.

Even though this article is not a phonetic handbook, its purpose is to illustrate the basics of Italian pronunciation, starting from the vowel system. The Italian language is composed of seven accented phonemes: / a, ɛ, e, i, ɔ, o, u / while in an atonic syllable (ie without accent), the vowels of Italian are reduced to five: / a, e, i, o, u /. Vowels are traditionally organized according to what is commonly called “vocalic triangle”, which highlights features such as position and openness. This may seems an irrelevant and phony detail for the purposes of this article, but we will understand its importance later on, while analyzing the rules of occlusive consonants palatalization (the “soft sound” of <c> and <g>). 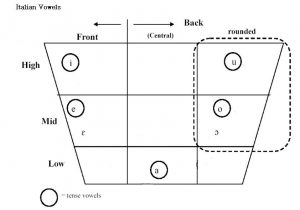 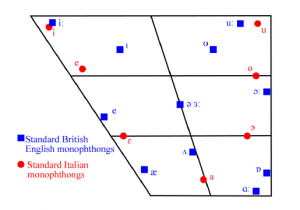 A special feature of Italian pronunciation that often creates problems to foreign students is the presence of diphthongs, ie groups of two consecutive vowels in the same syllable. While in many other languages the graphic presence of diphthongs is often rendered in the Italian pronunciation with a single sound, in Italian the graphic diphthong indicates the presence of two phonemes (often a semivocal and a vowel), both of which has to be pronounced. Some examples:

To make matters worse, things get even more complicated with triphthongs and double diphthongs:

In short, it is an excellent exercise for the jaws of our students!

Usually consonants are not a problem for foreigners who want to learn Italian, as they are often the same as those of many Indo-European languages. Nevertheless, there are some peculiarities that can put even the most advanced students to the test.

Italian speakers have a soft spot for intense sounds: all A2 level students know this very well, as it is not always easy to pronounce them correctly. The most common misunderstanding, generated from the wrong pronunciation of double consonants, is the one concerning the word anni (“years”). Students often face this situation during the first lessons: the fixed formula quanti anni hai? (“how old are you?”) often leads to a mistake in the execution of the nasal sound with quite comical and NSFW results for an advanced speaker: quanti ani hai? translates “how many anuses do you have?” – the answer being, pretty obviously, “one” 😀

On the other hand in Italian there are quite a few minimum pairs in which the change of intensity of a single consonant generates a radical change in the meaning. Here are some examples:

However, the structure of “the doubles” is not a problem in itself, since it is a simple change of intensity in the production of the phoneme, the sound of which, in the case of a double consonant, will therefore be prolonged.

Italian pronunciation – palatalization and velarization of the occlusive consonants

Another difficulty for L2 Italian students is the memorization of the “rule” that establishes the graphic counterpart of some consonants. This is one of the cases in which Italian makes use of diacritical marks or, to take up the motto with which we have opened the article, as in this case we do not pronounce exactly what we write. In graphemes <chi, che, che, ghe, schi, sche> in fact, the <h> far from being a phoneme, has the mere function of warning that the sound will be a veil consonant, (respectively / k /,/ g / and / sk /) exactly as in <ca, co, cu, ga, go, gu, sca, sco, scu>. Likewise the graphemes used for the post-alveolar <cia, ie, ciu, gia, gio, giu, scia, scio, sciu>, use a diacritical <-i-> so that the consonantal sound in the Italian pronunciation can be “sweet” (t͡ʃ, d͡ʒ and ʃ) .

While observing the vowel diagram it is possible to notice how the velarization or palatalization of the consonantal sound corresponds to the “hardness” of the following vowel, and how the diacritical signs serve retroactively to soften or harden the sound according to vowel backness.

Two phonemes that often give a lot of trouble to some Italian speakers and to many of those who are trying to learn Italian are the palatals / ɲ, ʎ /, represented respectively by a digramma and a trigramma (<gn, i>) and present in common forms such as gli and ogni.

The second phoneme in particular is very problematic, being often rendered by non-native speakers (and by some natives of rather large geographic areas) with the alveolar equivalent / l /: it is in fact a very specific sound of the Italian language which is absent in many Indo-European ones. The structure requires a certain skill and a little exercise, moreover the sound within the word is always intense (double), which makes it even more difficult to pronounce it from a non-native speaker. The best way to achieve a good command of the language? Train yourself in the mirror with some tongue twister! 😀

Is it true that in Italian you pronunce everything you write?

Partially. Italian language too has diacritical marks and mute letters.

How many vowels there are in the Italian language?

What is a diphthong?

Is a group of two consecutive vowels in the same syllable. In Italian language, each vowel forming a diphthong (and a triphthong, and a double diphthong) needs to be pronounced.

Does Italian have double consonants?

Yes it does, and their pronunciation is crucial for the intensity of a consonant often generates a radical change in the meaning of some words.

Are there sounds that are hard to pronounce for Italians too?

Yes there are! Palatal sounds such as / ɲ, ʎ / are a true nightmare for some Italians.

Will I ever be able to pronounce Italian words like a native?

Unless you are 5 years old or younger, you probably won’t. But fear not! Italians do love foreign accents. 🙂 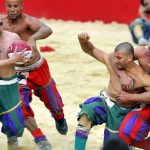 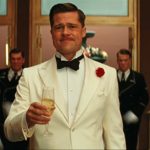