When seen from abroad, Italy can look like a wonderland, and Italian Culture as a lovely collection of old-fashioned, genuine habits that contribute to creating a unique atmosphere. Yet, every Culture is a world of its own, and in the Italian Culture, you can find habits that, while considered totally normal by locals, may be perceived rude by a foreigner.

We will begin with the most prominent examples, those habits that you don’t actually need to get in intimate contact with Italians to notice. Self-evident and, somehow, disturbing to foreigners, even if they are just a tourist. 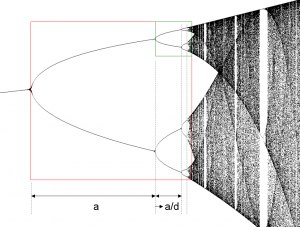 This is probably the most obvious one. Have you ever tried to stand in a queue in Italy? If you have, you know what I’m talking about. The fact is, Italians have a very broad concept of what a queue looks like: even without considering the always present smart-ass who tries to cut the line, the general disposition of an Italian queue resembles what physicists call a “bifurcation diagram” more than an actual line.

That’s amore! Don’t feel surprised (or disgusted, or uncomfortable) if you end up surrounded by Italian couples that are making out on the street. That is widely accepted and very common in the Belpaese. Just get in the mood for love and stop complaining about this wonderful display of life! <3

Italians seem to share with Spanish people the world record for loudness in public places. When in Italy, you might find yourself in a very crowded restaurant, not being able to hear your own thoughts… And to be honest, this can be annoying for some Italians too.

The Italian population is actually susceptible to personal hygiene and a healthy diet, but the awareness of the dangers of smoking (especially in public) is below European standards. Although Italy was the 4th European country to introduce a smoking ban in public areas, there are still many places where smoking is tolerated. That shouldn’t make sense, but it actually does, if you consider that Italian teens are Europe’s largest population of smokers…

There is, of course, a deeper level of intimacy with Italians and Italian Culture, in which behaviors that are not so evident suddenly arise. You don’t really need to be friends with an Italian to notice those habits, but indeed a certain level of interaction with locals is a necessary condition to be exposed to these sometimes very peculiar customs.

Have you ever thought that your Italian host or waiter was being somehow rude to you because they were not constantly using courtesy phrases such as “prego“, “grazie” or “per favore“? Well, believe me, it’s just cultural. Italians are considerably more straightforward than others when it comes to communication. They tend to use courtesy words only when necessary – and find those who overuse them annoying and somehow untrustworthy. The fun part is, the Italian language goes literally in the opposite direction, as it often compels the speaker to build up very long and structured sentences littered with subordinate clauses and circumlocutions. 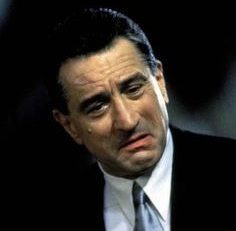 As a result of being straightforward, Italians tend to be very transparent when it comes to expressing their emotions. It is very clear to see if an (average) Italian is pleased, annoyed, amused, or indifferent just by looking at their face. Of course, there are many exceptions, but facial expressiveness is generally considered an essential communication tool for Italians. This might be regarded as extremely rude, especially by people belonging to much more discreet cultures.

On Kappa Language School’s blog, we have discussed the importance of hand gestures and, more in general, of nonverbal communication in the Italian Culture. This fundamental feature of the Italian language can sometimes puzzle foreigners who are unaware of its importance and of the terms of its use. Just check our short guide to Italian hand gestures to ensure you’re all set for your nonverbal Italian experience!

Although this habit might disgust friends from countries such as Japan or the United States, nose-blowing in public is not a problem at all here in Italy. Au contraire, trying to sniff or contain your mucus might be considered rude and offensive, especially during dinner. Just always bring paper tissues with you and don’t be afraid to use them!

Now let’s go shopping in Italy! Placing change in the customer’s hand is considered quite rude in Italy, although it is undeniably quicker and more practical for both the seller and the buyer. What you will find in any supermarket or tobacco shop is a small plastic plate where your change will be put for you to collect. I personally find this habit very counter-intuitive even for locals, to the point where I am often left with my palm open and watching my change being deposited in the above-mentioned plastic plate.

So, let’s say you stumble upon one of the many inefficiencies that afflict Italian public services (phone companies, transportation, and so on): there’s got to be customer service to take care of it, right? That’s where you’re wrong. The whole concept of customer care, in Italy, is loosely interpreted as, “we will listen to your complaints for about one minute (tops) and then tell you that there’s nothing we can do about it, c’est la vie, goodbye.” Italians often cope with this nightmare with a good dose of patience and several hours of therapy. There are, of course, exceptions (growing in number every year, no false modesty!), but if you ever end up swallowed by the Leviathan of Italian customer care, just ask a trusted local for advice and try not to lose it.

And here we are to the hardcore part: Italian habits that you will notice (and possibly find annoying or rude) only if you have had the chance to spend some time with your Italian friends other than the usual exchange of daily courtesy (which, as noted before, shouldn’t be assumed anyways). 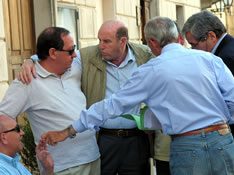 By the time you build up any kind of personal relationship with an Italian and manage to get a little bit more informal, you can’t help but notice that the Italian approach to personal space is very relaxed. As we said, speaking about PDA in Italy, invading each others’ personal space, even in public, is not really a problem, especially between friends. But even at the workplace or in more formal situations, occasional physical contact is often seen as a way to lose the tension rather than an unpleasant invasion of someone’s private bubble.

Another habit a foreigner may find disturbing when interacting with an Italian is that Italian people tend to ignore the so-called conversational turns and speak above each other. This is a sheer tragedy for shy or very polite people who care to wait for a 2-second window of silence before taking their turn in conversations but, hey, have you ever watched an Italian talk show? This is the awful truth, so you better get acquainted with it!

In Italy, the common (and often false) idea is that Anglo-American telephone conversations always end without any closing formula. Could this be the reason why Italians tend to say “ciao” at least ten times before hanging up the phone? In any case, you should let them do it; it doesn’t mean that they want to dismiss you. It’s just, again, cultural.

Yes, you are probably aware of the Italians-take-it-easy stereotype. What you probably ignore is that being reasonably late to an appointment is a very old-fashioned way to be polite. As my grandma used to say: “lords are always fashionably late.”

While English people love to talk about the weather, Italians really care to know what’s up with you when they ask, “come stai?” Discussing personal issues (within certain boundaries) in the workplace or in semi-formal situations is definitely not a taboo for Italian society. In any case, should you ever feel uncomfortable answering a question you find indiscreet, you have all the right to wiggle out of the conversation, and hopefully, nobody will get offended. 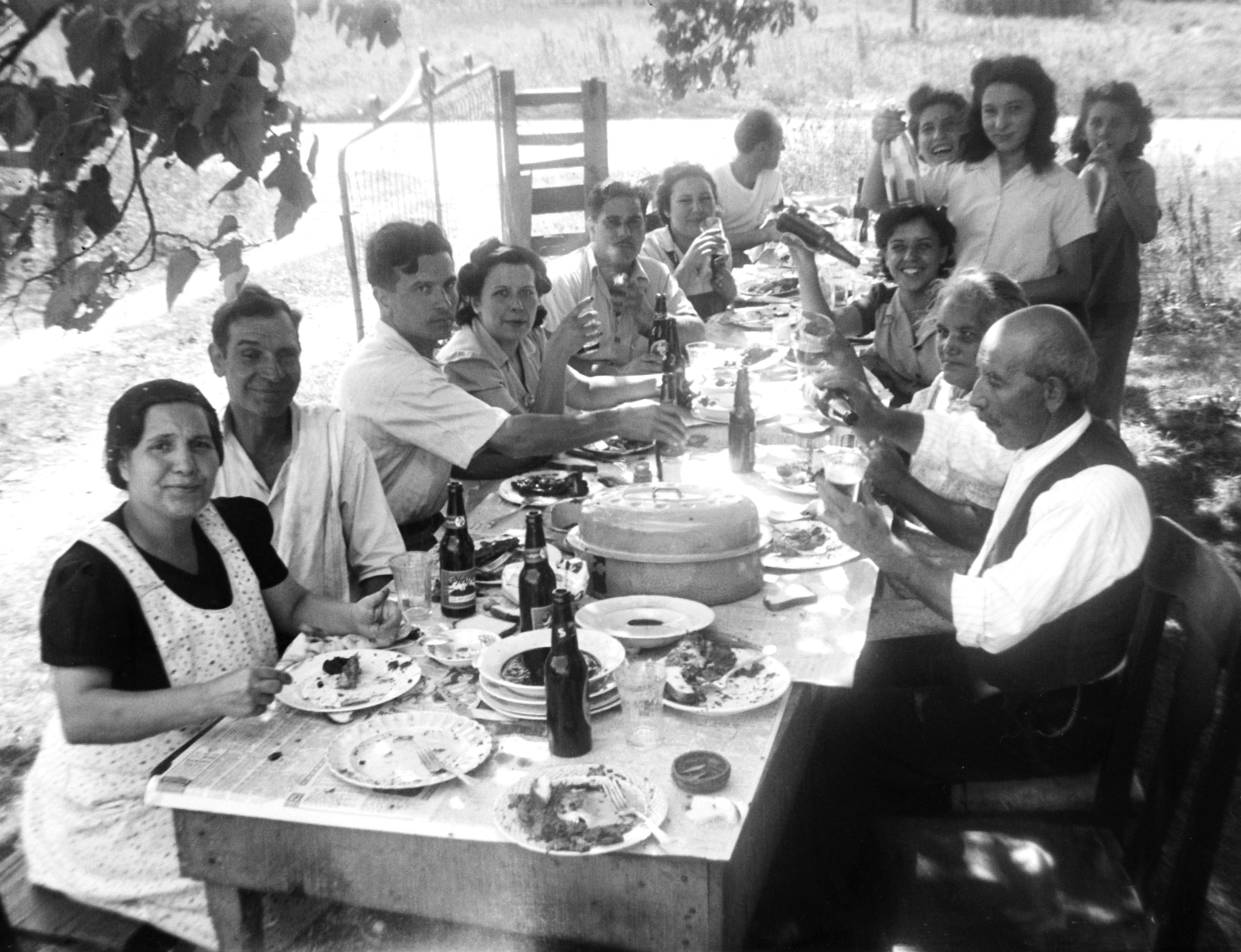 If you got so far, you surely know that one thing about Italian Culture is: you HAVE TO eat! And this is not a joke, as, to a foreigner, sometimes Italians might look like having an eating disorder. Especially when invited for dinner, finishing up what’s on your plate is a necessary display of appreciation towards your hosts. And even if you don’t really have to show your gratitude to anyone, being “shy” when having a meal can probably lead your commensals to think you’re ill or somehow not in a good mood. Better forget your ideal weight for some hours and enjoy Italian food!

Hospitality is one of the most renowned traits of Italian Culture, but it can turn out to be uncomfortable if you’re not prepared. An Italian host can put you on a silver plate and be at your disposal for everything you need. Still, everything has a price: they can also be a little bit invasive and easily susceptible to behaviors that might show a lack of respect on your part. Just be clear when setting boundaries and be prepared for a tolerable dose of intrusiveness, which in all likelihood will be compensated by an unforgettable guest experience.

And that’s it! Do you feel like something is missing? Let us know in the comments! 🙂

Special thanks to our student Giulia for the editing! <3 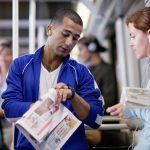 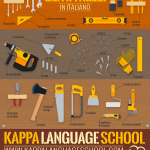